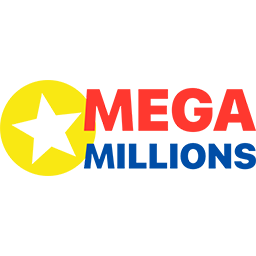 To play Mega Millions you just need to choose five numbers from 1 to 70 and an extra Mega Ball number from 1 to 25. This amazing game increases its jackpot for every draw without a winner, and it allows you to try your luck twice a week.

Mega Millions goes back to 1996, when the first draw was held under the name of “The Big Game”. The game changed its name to Mega Millions in 2002, with the famous “Mega Ball” replacing the original “Golden Ball».

In 2003, when Texas entered the draw, the Megaplier option was added just in Texas. It was not until 2010 that the other states incorporated it into the game. The last way to play to arrive was “Just The Jackpot”, included in 2017.

Currently, Mega Millions is known for being one of the biggest draws in the world, and the game has become established in 45 states, the US Virgin Islands and the District of Columbia.

Mega Millions allows you to increase your possibilities to win with two different ways to play:

You can try your luck every Tuesday and Friday night with Mega Millions. The draw is held at 10:00 p.m. Central Time. With TuLotero you can play 365 days a year, 24 hours a day (always before the closing time).

Mega Millions allows you to play for only $2 for each play.

If you also decide to increase your possibilities to win the jackpot, the cost of Just The Jackpot is only $3 for two combinations of five numbers and a Mega Ball. Lastly, you can add the Megaplier option for one extra dollar.

The Mega Millions jackpot starts at a minimum of $20 million. For each draw without a winner, the jackpot will continue to grow. In Mega Millions, the sky is the limit!

When playing Mega Millions with TuLotero in Texas, your ticket will automatically select the lump-sum cash value option for redeeming your prize.